"A return to ideas": Michael March on the 15th Prague Writers' Festival

In this edition we visit the office of the Prague Writers' Festival and talk to Michael March, who has organized the event from its inception. The festival begins on Sunday 5th June, and if you are not in Prague it is also possible to follow events live through the festival website. Michael March began his conversation with Bernie Higgins by telling her what would be his own personal highlight this year.

"It's the diversity, the intelligence of the festival, which opens with the art of literature devoted to Michel Houellebecq, an author who very, very rarely appears. He wouldn't come to London for the release of his books - he's here. We have Yves Bonnefoy - we spent 10 years trying to bring him here - he's one of the great contemporary French poets and a very important European thinker. There's Ed Sanders - one could say a Beat Poet - a fantastic link to Ferlinghetti and especially Alan Ginsburg. We have writers like Viktor Erofeyef from Moscow, David Grossman, one of the best known contemporary writers in the world, coming from Israel, and Jiri Kubena and Antonin Liehm from the Czech Republic."

Can I just say that each year you choose a writer as a sort of presiding spirit or mascot of the festival? This year it's Casanova. Why did you choose him?

"The fact of the matter is that he's the last European or the first American - you can have your choice. He's a very great modern figure: the last European to sail throughout Europe without a passport, to be thrown out of every capital of Europe, who said that he was a Christian fortified by philosophy. If you close your eyes, you whisper the word Casanova, what do you see? You see nothing, because in this case the word is much more powerful than any image. So in essence we hope this is a modern story, whereby literature becomes re-created and important once more against the visual abuse of modern business culture. In other words, we have a writers' festival, it's a return to literature. It's a return to ideas. Ideas are really in a way brought to Prague. We believe there's a kind of fantastic intermingling during this week between people - writers. It's a festive occasion with ideas."

Most of the writers stay for a few days or even the whole week in Prague, so this gives a chance for discussion.

"Yes, we take away their passports. They can't leave!! The whole point is that this is not a book-signing ceremony. It's not a commercial book fair. It's a social occasion, a very natural occasion, where writers come to spend a week in Prague to share their knowledge and experience and also to take something back, to take back their idea of Prague, to experience it. It can't be done in a commercial sense in one day, over an afternoon, over a cup of tea. It must be lived, a lived experience. That is really the essence, the slow gesticulation of culture, of nature, which is not only natural but the firmament of culture."

Despite what you've just said about book-signings, I'd like to draw attention to your own new book, which is a celebration of the 15 years of the festival, and it features conversations with 25 selected writers. At present it's only in Czech but you hope to have it published also in English. Could you say something about it?

"For myself the book in English would be pronounced 'Failing That'. Failing that, life continues. It's an anthology of 15 years of the festival, the writers that came, Salman Rushdie, William Styron, Nadime Gordimer, Hans-Magnus Enzensberger. A few of the writers are no longer on this earth, such as Susan Sontag, Arthur Miller, Robert Creeley, Miroslav Holub, R.S. Thomas. There work lives of course through their own words."

In terms of a Czech audience I know you seem to be particularly interested in attracting young Czech students. Is this true in terms of the local audience you try to attract, or is it broader than that?

"Of course the younger generation are closer to literature in the sense that literature offers a sense of freedom, a sense of becoming. The younger audience are necessarily responsive to this concept, and they have a greater chance to implement it. The doors are open from our point of view for everyone. The festival has simultaneous translation. If Bonnefoy reads in French, we also hear it in both English and in Czech. Everything appears in English and Czech. Then there's Spanish, there's Greek, there's Serbian, there's Hebrew, a multiplicity of languages. We digest this in the lingua franca of English, but everyone in this country has the possibility of hearing it of course in Czech. There's a sort of obsession with nationalism, but we've seen what nationalism has led to in the past. It's an inherent disaster. Naturally the Czech Republic wishes to express itself after 300 years under the domination of the Austrian, Habsburg Empire, so that's quite natural. But we shouldn't take that overly seriously in the sense that all ideas are welcome, however we can express it, however we can feel it. That's what's important - to take that and to go further and basically to live in the world. Today at this moment the lingua franca is English. Tomorrow it could be Chinese. So this is continuously evolving, as is man."

Given that Casanova is the presiding spirit, there seem to be very few women at this year's writers' festival. Is that simply an accident this year?

"This is necessity in chance. Many writers who are women were invited. We try not to think in terms of gender. We try to invite the finest writers and we have to see who can come at the time."

To return to Casanova: I'm not sure that all listeners know that he ended his days here in Bohemia. Was this part of the reason why you chose him, because of his connection with this country too, or was it more because of his status as what you call the last European?

"Well, it's central to the choice, because first of all, of course, he lived his life as an epicurean and ended as a stoic - in a castle, rather cold, hated by the servants, working feverishly 13 hours a day, in essence reliving his life. Of course his life ended in Bohemia, and that was one of the central reasons for choosing Casanova. He was born 280 years ago, but we learned this really, in a way, after choosing Casanova. We've chosen Casanova, because he was someone who lived his life fully. He understood, in living his life, that his life would not be remembered, like most lives. The remembrance occurred through his writings, through the word, and that is central. So we know of Casanova only because he's written about himself. Perhaps we might even believe him. And in reading him we learn a great deal about the 18th century. So it is to really focus, for a younger generation of course, on the word, the importance of the written word. It's inescapable. And this is how we have history. History begins through writing. There is oral history, but written history is the commencement of what we know as history."

If you would like to find out more about the festival programme and the individual authors, the website is www.pwf.cz. 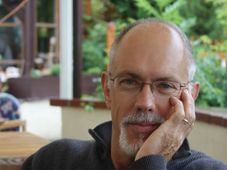 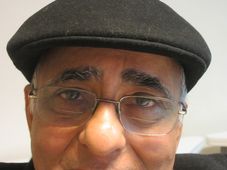 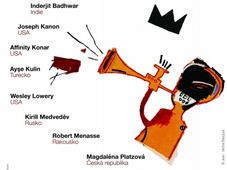