What goes on in our mind when we learn a foreign language? Why do we find it so much harder than learning our mother tongue? And what can we do to make the often painful process of learning languages easier? These are just a few of the questions that have long fascinated the Czech psycholinguist Barbara Schmiedtová. Still in her mid thirties, Barbara has taught and researched at many top European universities, and has published extensively in English, German and Dutch – all of which see speaks fluently alongside her native Czech – exploring the pioneering science of psycholinguistics. Put simply, this is the study of what goes on in our head when we are speaking and understanding language. When we met in Prague a few days ago, Barbara told me about the research she is currently carrying out at the University of Heidelberg in Germany, and about her particular interest in second-language learning. 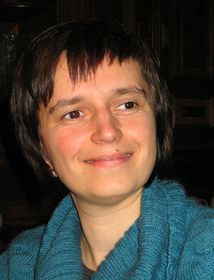 Barbara Schmiedtová, photo: David Vaughan I’m intrigued by the fact that you have been working on ways of measuring how we think in different languages, in our mother tongue and languages which we learn later. Could you tell us a bit about how this works, how you can actually measure the way that our mind is working when we’re using our mother tongue or a foreign language?

“Let me stress first that this is the very first research of its kind. We are using so-called ‘eye-tracking’, which is a very good computer, which is able to track eye movements. We’re working with this machine at the University of Heidelberg, and this enables us to look into the planning processes that take place immediately before we start speaking.”

I was actually used as a guinea pig in one of your experiments, and I remember that you showed me and the other volunteers a series of thirty-second videos, where you were interested in what we were focusing on as we looked at what was happening in the film. The example that you have developed most in your research is the scene where a car is driving along a road. Behind some trees round the corner there are some houses, and you studied how people with different native languages and different second languages responded to that particular image: that is, where they looked most and how they described the scene afterwards. And you found a correlation between their native language and where the volunteers looked.

“The idea was to look at these pre-speaking processes and link them to what people prefer to say later in time and also to remember later in time. So this particular scene, where a car was indeed depicted driving along a road, and in the background there were some houses, there were very clear differences, for example, between English and German-speaking native speakers, whose attention was completely different.”

When you talk about their attention, you mean what they were looking at, which you can measure with the eye-tracker…

“Precisely. Yes. So the attention is in terms of where they were looking and also how long were they looking into the particular area. There was a significant difference between English and, for example, German native speakers. The English preferred to look at the path, the way along which the car was driving, while German native speakers focused on the end point, which was, in this particular case, the house. And interestingly, also later in time, about ten minutes after the experiment, when the native speakers had to perform a memory test, English native speakers remembered significantly fewer end points than German native speakers. The explanation for this preference in our frame of research is not given by cultural differences but more by linguistically based, language-specific features, which in this specific case are based on the presence or absence of the ‘ing’ marker, which is productive and very deeply based in the linguistic system of the English language…”

You mean the ending “ing” as in “walking”, implying continuity…

“Precisely. And progression – so right now something is the case and it’s in the middle of it. If you want to say it in more comprehensible terms, you could say that English native speakers have the option to focus and speak about the progression of a situation, while German native speakers don’t have the option, and so they have to focus on something else, which is the end point.”

So what you’re saying is something really quite interesting – and controversial as well – because you’re suggesting that there is some direct correlation between the way the language works and the way we think. This implies that the established idea that you can say just about anything in any language doesn’t really apply. There are some things that are inherent to certain languages and connect to certain ways of thinking, which are reinforced by that language.

“Yes, I would be in agreement to about 95%. It’s not about whether you can say anything in any language. The interesting thing is what you prefer to say that when you are under pressure, which is the normal situation, when you produce language. So if you see a situation that is available to all of us, the question is which components of the situation, which pieces of information, will you select naturally in order to describe the situation? And there language-specific patterns of language production emerge and there languages differ. So it is true that language does shape the way we think and we actually also perceive a situation, although the world out there is somehow common to us. But if we have to describe something that is out there, language helps us to solve this very difficult task by giving us certain preferences. And these processes are indeed – at least according to my point of view – language specific.”

“We work in about 14 different languages and they pair not according to the typological or commonly described typological differences, but according to other, let’s say, cognitively based patterns. So let me give you an example: English works in this respect similarly to Arabic. So Arabic and English are very different where the cultural background is concerned, but they have one common feature and this is precisely the presence of a grammatical option, deeply rooted in the grammar, to express ‘ongoingness’. This would be one example, speaking against a culturally based account, and another one would be that, interestingly, Czech does not pair with the other Slavic languages that we study, for example Russian or Polish, but it does pair with German. So it shows that German and Czech have in their grammatical system something in common that other Slavic languages apparently lack.” 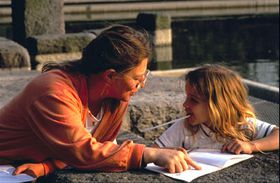 Illustrative photo: European Commission You talk about the use of the eye-tracker, which is a very modern innovation making it possible to measure exactly where the eye is looking when you look at an image. What other possibilities are there for scientific measurements in psycholinguistics?

“Well, I mentioned before the memory tests – these show how well people remember later on in the study of what they have seen before. This is a very powerful instrument. We found very robust differences between the languages. Colleagues are also working on other non-linguistic tasks. The most famous would be the categorization task, which means that if you look at a group of objects you categorize them by certain features. It has been found by John Lucy, a very famous cognitive linguist from the States, that, for example, Japanese and Yucatec, (which is a Maya language from Central America) and English native speakers categorize objects by different features which are tightly linked to grammatical features in the given system. So, if you see three objects, you can categorize them either by form or by shape, English native speakers prefer form over colour, while Yucatec or Japanese native speakers do it the other way round. So these are cognitive categories that are persistent even in our linguistic categorization of the world. So that would be an example for yet another technique to study these cognitive preferences.”

This is all quite scientific, but are there also practical applications that you can imagine for this kind of research, for example in language teaching?

“Absolutely, and I think that for highly motivated and talented learners of a second language, this would be a domain that could be further explored, because I have found in my research that even extremely advanced second language users, whose foreign language is nearly native-like, still sound in certain aspects somehow non-native. At least native speakers agree on this. And these are exactly the domains that we are investigating. We call it information organization, meaning: how do I structure the world around me for language production. And there, the patterns for my mother tongue are extremely robust and highly preferred, and I think learners or users of a second language, who might be interested in attaining native-like proficiency in the foreign language, may be interested in getting instruction exactly in this domain.”

So you think that if students could become aware that this is how you think in your native language and this is how people think in the goal language, the language you are trying to learn, that they could actually teach themselves to cross that frontier and speak as natives?

“Maybe. But so far, highly motivated and talented learners have not been given the chance.”

“These methods, we call them neuro-imaging methods, look into the processes that take place in the brain and the localization of these processes in the brain. There is a big future for psycholinguistics in these methods. However, at the moment they are quite crude, because the differences we’ve been talking about are extremely subtle and it’s hard to detect them in terms of neural processing or neural activities. However, there are first studies that actually show that there are, for example, language-specific differences in the processing of colours. So there are the first pioneering studies in this direction, but we are not quite there yet.”

My guest in Czech Books this week was the psycholinguist, Dr Barbara Schmiedtová, who has written and researched widely in the fascinating field of language acquisition and currently teaches at the University of Heidelberg. 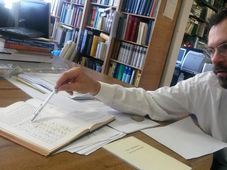 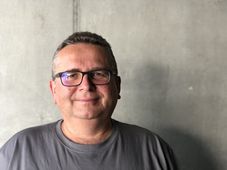 One of the most striking aspects of director Václav Marhoul’s new film The Painted Bird is the language spoken in it. The characters…