A good translation is a clean windshield: the linguistic acrobatics of Viktor Janis

What makes a good translation? Are there books that are untranslatable? These are just two of the questions that we discuss in Czech Books this week with Viktor Janis, a leading young literary translator.

Viktor Janis You have been translating now for over twelve years and you've translated over 40 books. Do you know exactly how many?

For the main part you're known as a translator of very well known literary authors.

"Yes. I have translated the whole body of works by Louis de Bernieres. I think that 'Captain Corelli's Mandolin' is probably my best-known translation. I have translated works by Iain Banks, Hanif Kureshi, Tom Clancey, for instance, and Isaac Asimov."

And what are you working on at the moment?

"I am finishing a translation of 'Birds without Wings', which is 620-page-long book by Louis de Bernieres, covering the period of roughly the First World War. It takes place in Turkey - a very sad book about two instances of ethnic cleansing and one world war."

And once you've finished this, do you have the next books you're going to translate planned ahead?

"Yes. There are two books and they are so long that it's going to take me one year to finish them. One is by Susanna Clarke, her astonishing debut 'Jonathan Strange and Mr Norell' - that's around 800 pages, and then I'm going to move on to Michel Faber's book, 'The Crimson Petal and the White'."

This has been very successful in Britain. How did you come to translate it?

"First I came across Michel Faber's work at Odeon, which is a Czech publishing house. They published his first novel 'Under the Skin'. His second novel 'The Crimson Petal and the White' was reviewed quite favourably, and the publishing house said, 'No, unfortunately we cannot do that because it's just too long.' When I met Michel Faber he told me, 'Just name your price and I will say yes to that.' So, because of his kindness we were able to publish it here."

You have won awards for translation yourself, and you're off after the programme to the awards ceremony for the most prestigious translation prize, the Jungmann Prize. What makes a good translation, in your opinion?

"A good translation is like a windshield. You look through the window and there is no dirt in it. The book makes the same impression on you, just as on the original reader, which is of course very difficult, as they are not the same readers, they don't have the same cultural background and experience. You obviously have to recreate some of the puns, you have to explain the cultural realities, but it can be done. You just have to be intelligent, meticulous and you have to know a lot. Most of all you have got to be curious. I think we have a great advantage today with something called 'Google'! If you don't know something there are probably people out there who have written about it."

And of course, as well as good translations there are also very bad translations, and you have been involved in....

Yes, witch hunts maybe. Can you tell me a little bit about the award for the worst translation that you were involved in setting up?

"We have now had more than ten award ceremonies of that prize. I think that it has existed since 1992. The situation at that time was - I wouldn't say horrible - but it was quite bad, because all of a sudden many publishing houses sprang up, and suddenly anyone who thought, 'Hey, I can publish a book,' really could. Suddenly the volume of translated literature grew tenfold. And of course there weren't enough experienced translators and experienced editors to manage. It had some advantages, this situation, because new talents, who wouldn't have otherwise got into the field, entered this field, but inevitably some books suffered, and we just wanted to let the public know that translation matters, that they are not reading their beloved authors, but they are always reading the text of a middle-man, that the text has got to be filtered through someone else's brain. The result - the public perception of the author - pretty much depends on the skills of the translator, and obviously there have been results when the text just didn't get across."

So you think that writers' reputations can be seriously damaged if they're introduced first through a bad translation?

"Not only damaged, but entirely destroyed!"

You talk about the situation immediately after the Velvet Revolution. Things have changed a lot since then. Could you say something now about the general quality and range of translations into Czech?

"We still have those two thousand publishing houses, of which about ten are major publishers. People usually do care about the quality of translation. There are certainly enough editors and proof-readers. The very good translators from the previous regime did not suddenly disappear. They still translate. So I would say that most high-brow fiction is translated very well."

It seems to me to be a very stressful occupation translating, because of this fear of making mistakes. Do you ever still wake up in the night in a cold sweat because of some mistake you've made in the past?

"If you were afraid to make mistakes, you would never ever translate anything. It's one of the occupational hazards. You have to do your best. Then of course you have editors - angels to us - people who know the source language as well as you do, and who save you many times, because if you read your translation several times you don't see the mistake, whereas they are - so to speak - fresh. Sometimes you discover your mistakes after several years. For instance, when looking for something completely different, I found out that I made a funny mistake in a short story by Terry Bisson. He was alluding to a novel called 'Hot Rod'. That was the age before the internet, and only ten years after that did I find out that a hot rod is a car specially tuned."

The other question that I asked at the beginning of our talk was whether you thought there were some books that were untranslatable. Do you think that there are such books?

"No, I think that almost anything is translatable, but the only question is how it's going to be translated; that is, if the losses that are going to occur - and they're going to occur quite inevitably - are still acceptable to the translator and to the publisher, that is to the editor who is going to read it. One of the very few books that remain untranslated is Finnegan's Wake by James Joyce. There was one translator called Tomas Hrach, who could have translated that. He did translate some short extracts, and it was quite clear that he could get away with it, but unfortunately he committed suicide, so I think that this concrete work will remain unpublished in Czech."

And it isn't a book that you'd consider translating yourself?

"No, not at all. I think it's a modernistic experiment that just failed. James Joyce himself was mildly disappointed by the reception of his work. When I choose my translations, it simply has to be a good story. It has to have some resonance with me. If you are going to spend several months, several hours a day translating one story, it had better be worthwhile."

And I do concede that Finnegan's Wake hasn't got so much of a storyline that might keep you going over the years! 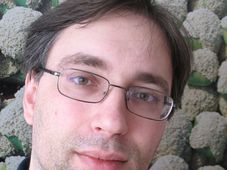 Viktor Janiš and the art of jumping through linguistic hoops

Why did the communists ban comics? Why is it so hard to translate the 19th century English novel into Czech? And what does this have… 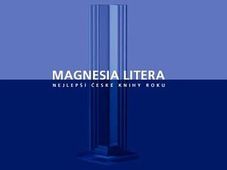 In less than three weeks time the results of the biggest literature prize in the Czech Republic, the Magnesia Litera, will be announced… 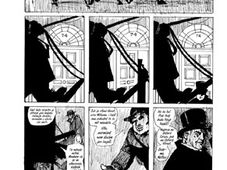 Last Saturday, hundreds of comics fans from the Czech Republic gathered at the Mlejn Club in Prague for a day of discussions, lectures…