With Museum Night and Church Night having already become a tradition in Prague and some other Czech cities, this weekend the Czech Republic will live through its very first Theater Night. Theater halls and performance groups will offer a whole variety of programming indoors and in the streets on Saturday afternoon. For this week’s Arts, we had a chance to speak to Petra Pavlová, the director of the Arts and Theater Institute in Prague, which is organizing the country-wide event. 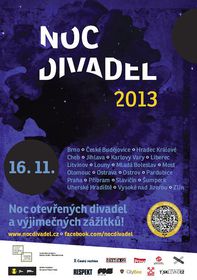 I fist asked her about where the idea for Theater Night came from originally.

“This idea is about four years old. The first theater that came up with this idea was a Croatian puppet theater for children. And we discovered this great idea last year in communication with our partners abroad. And, of course, because we are the main information point for Czech theater as well as the promotion of Czech theater abroad, we decided to organize, to coordinate this first Theater Night in the Czech Republic.”

And how many theaters are taking part, in how many cities and for how many hours?

“It’s surprisingly a lot of theaters, but also a lot of theater companies, including amateur companies. Overall, there are more than 80 companies taking part in around 24 cities around the Czech Republic. More than half are in Prague, of course, that’s logical. In terms of the hours, it depends on the theaters and places of the performances. Some theaters are starting with programs for kids already in the afternoon, and the evening is dedicated to programming for adults.”

Can you maybe highlight some of your favorite shows that are going to be seen on Saturday?

“I like the fact that [Theater Night] is not just about performances. It is also about showing how the performances are put together from the beginning. What work goes into preparing a performance. So audience members can try different professions in theater. In some theaters they can, for example, be light designers. 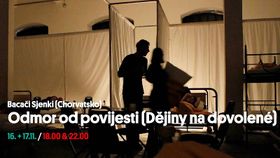 Photo: archive of Archa Theater In Prague and in larger cities I imagine there are many theater goers. Have you faced digger problems in promoting this event in smaller towns? Did you do anything differently there, compared to what you did in Prague?

“I think the promotion is the same. We have the website to promote the event. It’s working very well. We are also using the application for mobile phones called City Bee, where people around the Czech Republic, even foreign visitors, can download the program and to see the scale of programming for that evening. I think it is working well and people are interested to see theaters also with a different face.”

Is it normally more difficult for them to get a lot of people to come to their performances? How important is this specific night for the smaller theaters?

“I think that the main result [of this event] is the support of the audience, so-called audience development. Now, in the 21st century, the role of theaters is not just to invite people for the performances but to interact with the audience as well, to develop a new generation of theater audience. And I think in that sense, the night of theaters helps a lot.”

“We are an institution support from the Ministry of Culture. So, we don’t have any special grants or subsidies, for the Night of Theaters, even from the state or the city. It doesn’t actually cost much money, it’s more about how to involve employers in the theaters, how to involved audience volunteers, for example. So it is a question of being more efficient, not a question of money.”

Are you hoping to make Theater Night a tradition? 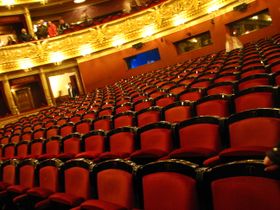 Illustrative photo: archive of Radio Prague “We hope and we are almost sure that it will continue. Because, for example, is already quite popular. Of course, we will do an evaluation after it ends. And we will continue for sure. It will be again on the third Saturday of November. The one interesting moment is that sometimes it may be closer to the 17th of November, so some years it may be more connected with the memory of that date in Czech history.”

Do you think that in the future, there may be some foreign theater companies visiting Theater Night?

“This is the first year, so I think we need to wait and see how it will turn out, to map all the activities, all the interest. And of course everything is possible for the future.” A Stage for Revolution: Part 2

In the first episode of this two-part series we got to know Barbara Day, who first came from England to Prague in 1965 and whose life…