This Thursday saw the opening of the 12th annual Mezipatra Queer Film festival in the Czech Republic. In this week’s Arts, I talk to the head of the festival Aleš Rumpel, who discussed not only this year’s main theme but also its focus on the work of Todd Haynes. Also discussed are gay and lesbian issues in the Czech Republic, gay studies, as well as queer interpretations of the popular Sci-Fi series Star Trek. 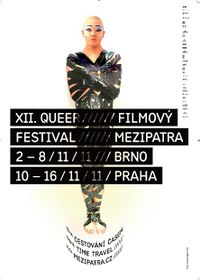 “Every edition of the festival doesn’t just show ‘random’ queer films but we always have an overarching theme about what it’s like to be queer but is also interesting for the straight audience that makes up to 50 percent of our turnout. The theme of time travel is interesting because how people who lived in the past and loved others of the same sex remains quite an unknown. I don’t think that many books have been written about it and I think that it’s quite a fascinating topic. It’s fascinating to look at a film set in medieval times, for example, from that perspective.

We’ll discuss all that and more but before we do let’s talk a little about the trailer for the festival. It features a male couple and a baby in a campy spaceship and one of the fathers has strap-on milk bottle breasts to breastfeed the child. Was the aim of the teaser to provoke somewhat? Because it is also presented as a kind of advertisement, so it seems satirical?

“It is. It kind of makes fun of teleshopping in the Czech context and there is even a real functioning phone number you can call to buy the product which is called Dobrý Táta or Good Daddy. It is satirical, above all it is commentary on how difficult it is for same-sex couples to raise children or how much is against them, even law-wise it is very complicated. The artist Tamara Moyzes, who shot the clip and is a political artist and mother, is very involved and concerned about the issue of so many children lacking support from the state.”

Is the trailer, to a degree, also a provocation to more conservative circles, whose members try to ignore issues like gay rights, gay adoption or gay marriage? 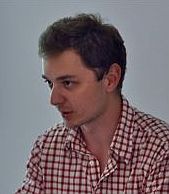 Aleš Rumpel “Only in the sense that it should stimulate discussion and stimulate debate.”

This has been a very strange year because while Czech society is known for being tolerant and accepting of gays and lesbians, a lot of very conservative and high profile elements have come to the fore – from the president to his aides at Prague Castle to a controversial former figure on the political Right at the Education Ministry – and they made queer issues AN issue, a bit of a backlash. In that context do you think this year’s Mezipatra is more important than editions that preceded it?

“The first thing I would say is that they tried to create a backlash but I’m not sure they really succeeded. The event to which you are referring was the Prague Pride Festival and that was the context for controversial remarks: but it showed that most people weren’t willing to listen to that kind of talk. The turnout itself, which far exceeded the organisers’ expectations and I think it is exactly because of the homophobic remarks made by some of the politicians.

“Conservative – I think is almost derogatory to use the term in relation to this; conservative values are fine values but in this case I think the expression is really homophobic. Homophobic politicians, I think, tried to make it an issue to win popularity and failed to do so. That said, I don’t think it will have any effect on our festival.”

Nevertheless, it is a concern because, for example, we got a lot of response from our readers or listeners abroad on the social networks who were shocked that these views could still be expressed in the 21st century...

“That’s definitely true and bad news for the Czech Republic. But luckily there were a lot of conservative politicians who responded to the homophobic rhetoric, like the mayor of Prague. It is really important to have a plurality of voices. In the past there weren’t as many who weren’t as willing to address queer issues and of course it’s important to stand up and be heard.” 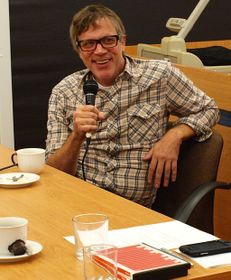 Todd Haynes Turning to the festival, one of your guests this year is Todd Haynes, the director of films like Velvet Goldmine, Far from Heaven and the ‘Bob Dylan’ film I’m Not There. How significant is his work in terms of identity or queer issues?

“Very much so. Todd Haynes and one of the other guests Tom Kalin who is presiding over the international jury are representative of the wave of films from the ‘90s that later became known as the New Queer Wave, independent films that were the first to present a different image of what queerness is to the Hollywood mainstream, both in terms of the thematic and also the aesthetics. Todd Haynes’ work has been very influential on the American independent as well as mainstream scenes where you have the regular boy meets girl formula.

“In terms of identity I think that it is very important that these filmmakers all have backgrounds in stuff like semiotics, cultural studies and political studies. Their films are very political in the way they address issues and in the way they are structured.”

“That’s true. One of the films in his retrospective at Mezipatra is Save, in which Moore got her first leading role. It’s an incredible film that is not gay or lesbian explicitly, it is about a housewife in a nice West Coast suburban setting who develops an allergy to everything. It is a metaphor of consumerism and also of AIDS and these are the kinds of complex narratives that Todd Haynes likes to create. It’s not just men or women in love, but is very political and also subtle.”

One of the things that you mentioned is that a large part of the audience is heterosexual: was this always the case with Mezipatra or did that change?

“We only began doing surveys and research about our audience in the fifth inception of the festival but things haven’t changed since then and we are very grateful for that. We have always tried to have a festival that is for a large and varied audience. A lot of colleagues from abroad have complimented us on this because most queer festivals abroad are really only for the queer community. Which is fine but for us I think that it is very important to have a more varied audience. We want to have straight people coming in to share the space and discussions.

“On that note the festival, both in Prague and Brno, has an academic aspect: students from George Washington University in Washington and Charles University come to meet and have discussions and I think this is part of what makes Mezipatra so open to straight audiences.”

In short, it is more than just a film festival. If we turn to Star Trek, I understand there is a lecture scheduled called ‘Queer Tendencies in Star Trek’. Is this about queer tendencies that are latent in the original series or its spinoffs or is this something else?

“It is about latent homosexual tendencies. It is very interesting to note that Star trek has always been very inclusive in terms of actors with different racial backgrounds but has been reluctant regarding queer content up to the mid-90s.

So the lecture will look at both explicit and latent homosexual aspects.

“There is also something else which is Slash – which is fan-fiction or fan productions on Star Trek or Kirk and Spock or other popular narratives such as Sherlock Holmes and Watson where fans rewrite the narrative along queer lines. There are very many such narratives and I think this will be very interesting. There will also be a lecture on Czech films of the 1950s and 1970s.”

This is the 12th year of Mezipatra: regarding the festival itself what has changed the most?

“The first edition 12 years ago only had about eight films and 800 audience members. This edition features 83 films, international guests and will have the international premiere of Mary Marie by filmmaker Alexandra Roxo. So a lot has changed: over the last 11 years we had more than 85,000 visitors. We are very grateful for that and the fact that we are getting guests like Todd Haynes is also proof that we have become an important and respected festival.”

Be sure to look up the festival at www.mezipatra.cz 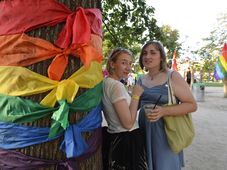 Mezipatra celebrates pride with “Identity in the City” series

Queer film festival Mezipatra returns in November, but already this week, the organization is hosting "Identity in the City," an English-language… Mezipatra film festival to highlight films about gay marriage, as well as plight of gays in Russia

The annual Mezipatra Film Festival gets underway this Thursday in Prague. The event, which is now in its 15th year, will present over… This year’s Mezipatra Queer Film Festival gets underway on Thursday night with a ceremony at Prague’s Lucerna cinema. The event, now…