In early November, the Czech foreign affairs and culture ministries combined efforts with the country’s film industry to make a promotional push in India’s film capital Mumbai. Culture Minister Jiří Balvín together with representatives of the Czech Cinematographic Fund, the Association of Producers, and the Czech Film Commission made a pitch to the Bollywood elite to make better use of Czech film services and spectacular locations. Those have already become a favorite for a number of international productions. Illustrative photo: Christian Wagner, Stock.XCHNG Coming from a long-standing tradition, Bollywood films have seen a huge increase in popularity, quality and quantity in the past decade. The romantic story lines, filled with colorful dances and songs, are no longer set in the Indian cities or countryside. Bollywood has truly become a global industry, with films set in a plethora of foreign countries. But shooting scenes set outside of the Indian subcontinent is often limited to a specific set of countries, usually where Indian producers have established ties. One of the countries the Indian producers often come back to is Switzerland, says the head of the Czech Cinematography Fund Helena Bezděk Fraňková:

“They often need to film in European locations and right now they are quite focused on Switzerland. About ten years ago, the Swiss made a big promotional tour in India telling them about how beautiful Switzerland is. So since then they film all European scenes there. For Indians and for the Swiss of course, this is important also because many Indians now go there on vacation too.”

In Switzerland, around 25 Bollywood films are shot each year, and around 200,000 Indians come to visit the country for vacation. The Czech foreign affairs and culture ministries are now hoping to capitalize on the strengths of their country in a similar way.

A few full-length Indian movie have already been filmed in the Czech Republic, including the 2011 hit Rockstar, which was shot partly in Prague and Liberec. The Czech Republic is used to hosting foreign productions, and many foreign companies have praised the infrastructure and quality of work that the local film industry can offer. But with western film budgets getting smaller every year, attracting large-scale productions like those from Bollywood is becoming more of a priority.

I had a chance to speak to Radomír Dočekal, the chairman of the Association of Czech film producers, who was part of the Czech delegation visiting Bollywood this month. I asked him, what he and his colleagues were hoping to achieve on this trip.

“We are cooperating with Indian filmmakers and my reason was to visit them there in India and negotiate about possible future film projects here in Prague. But not just to speak about the existing projects that are planned for the next year, but also to show the Czech Republic as the right place for the production of Bollywood movies.” 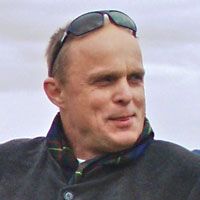 Radomír Dočekal, photo: archive of Milk & Honey Pictures Obviously, it is hard to name a financial figure, but in general how important is it for the Czech film industry to get more Indian movies to be filmed here?

“It is important, because the Czech film industry is quite developed and of course we are servicing European and American productions that come here. And, we also have experience with Indian productions, because in the past few years we shot here several very well-known projects. So it is very important for us, because Bollywood is a superpower in the film industry and they shoot around 1,200 movies a year. And of course, if there were only a few, which needed European locations, why would they not come to Prague and shoot here? They like Prague, and as I said, there were several successful productions already shot here and the government has the intention to improve incentives for filmmakers.”

And what is attractive for Indian producers in the Czech Republic? Is it the locations, the services…

“It’s quite clearly the locations, because they have a very well-develop film industry as well. They have stages, post-production, they have all the equipment, so they don’t need to come here because of that. And, of course, services in India are cheaper. So the reason they are coming is just for location shooting. It’s locations – locations, locations, locations.”

So, castles and old European cities…

“Yeah, the European look. You know, they also go to Spain, Switzerland, Britain, they shoot in Greece. But here it’s not only castles, they use the streets, cities – Český Krumlov, Prague, Kutná Hora, or Tábor. All those locations are very attractive. They are marvelous, picturesque, beautiful. That’s what they want to have in their movies.”

And if we talk more specifically about what cooperation between Czech production companies and Indian filmmakers we can expect in the future. I know that your own production company is working on a big film called Bang Bang. How is it working out? How big is this production? How long will they be filming for in the Czech Republic? Český Krumlov, photo: archive of Radio Prague “This is one of the highest budget Bollywood movies currently. We were supposed to shoot this summer, but because the main actor Hrithik Roshan could not come here because he was injured. So the production was cancelled for last summer and was moved to another date. So this is also I went to Mumbai to speak with my partners about when they will come and it was confirmed that they will come next year in April-May to make a movie here. It is a location shoot, because it is a movie that is set in Mumbai, Thailand, Greece and the Czech Republic. And here they will be spending 21 days of production.”

Is it possible to say already if this visit to India is going to produce a much greater investment or presence of Indian filmmakers in the Czech Repulic?

“Yeah, I am pretty sure it will, because we were speaking with the associations of producers who are producing these big movies. We invited some distinguished producers for a trip to the Czech Republic in the spring, just before the Cannes film festival, which is in mid-May. It is always better show than to just speak about it. And there are several possible projects for next year and the following years, which we are speaking about.”

Behind the scenes, a ‘subsidy war’ is raging in Central Europe among national film commissions, which have been steadily sweetening… 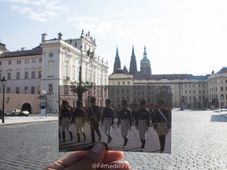 Prague’s old-world beauty and relatively low production costs have made it a popular destination for filmmakers. Amateur photographer…