The International Music Academy in Pilsen (about 100 kilometers south west of Prague) is a month summer course teaching young people the violin. Even though it is the first time that the academy is taking place in Pilsen, the course builds on the much older tradition of the Summer Violin School in Meadowmount, New York.

Pavel Prantl is the executive director of the academy.

"There is a very long tradition of this summer school, which goes back to 1942 when the legendary pedagogue of violin at the Gilliard School of Music professor Galamian established it, originally only for his students. He thought the same way like we do today; that during the normal school year you have a lot of other subjects and the focus on the violin is of course a little bit diminished. But in the summer when you have holiday you can spent considerable time concentrating only on the instrument, without dealing with other subjects."

According to the academy's artistic director Stephen Shipps, the idea to establish a separate summer school in Pilsen came from long established cooperation between top violin teachers in both countries.

"I taught in Meadowmount for twelve years and I've been teaching in partnership with my friends in Prague - professor Snitil from the Academy, and professor Prantl from here at the Pilsen conservatory - we've been working together in a formal way for probably fifteen years. We've been sharing students, sending them back and forth. Then I decided I want to have my own school and not work for someone else in Meadowmount, and so Mr. Prantl and I decided that Pilsen might be the possibility. We approached the director Mr. Brejcha and he invited us for the month of July to have the summer course in his school."

Both violin schools, the American as well as the Czech one, have their own tradition and they differ slightly in their approach. But as says Stephen Shipps this combination is actually an advantage at the Pilsen Academy.

"I've got to know that over the last fifteen years; the strength of the Czech school is often in the unbelievable technical command of the left hand of the violin, often much more advanced than Americans. The American school will often have much more to offer in the right hand and in the expression of the playing. So that we try to influence the Czech students to play with color and excitement, and we try to make the American students play technically up to the level of the Czech students."

But there are not only Czech and American teachers teaching at the summer school. The academy invited many renowned violinists from different countries including the legendary virtuoso Ruggiero Ricci. 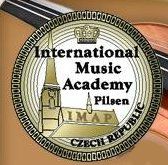 Also students have come from many different countries. Although most of them are secondary school pupils and college students, there are some exceptions. The youngest participant is just nine years old.

"He is from Norway and he has played advanced pieces by Paganini. There was a girl from Germany, but of Russian origin, who played Mendelssohn concerto (she is also nine years old), but they are exceptionally talented kids. Than we have thirteen, fifteen, and the biggest group is of students who are between sixteen to twenty years of age."

The students seem to like this combination of work and holiday, the Conservatory in Pilsen is proud to host such a prestigious event and so the organizers of the Violin Academy are determined to keep this new tradition going in future years. 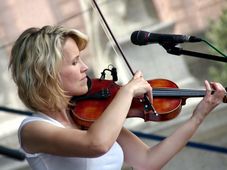 Czech violinist and folk music singer Jitka Šuranská passed away this week at the age of 41. The three-time Anděl Award winner trained… 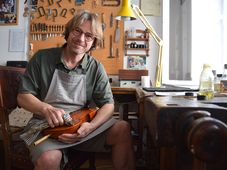 Jan Špidlen: Violins are so cleverly made that they really improve in time

Jan Špidlen is the fourth generation of his family to work as a master violin maker. What are some of the secrets to crafting top class… 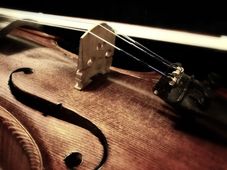