Photographer Saudek wins back rights to his work

A high-profile court case between well-known Czech photographer Jan Saudek (77) and saudek.com – a company represented by his son Samuel and former girlfriend Sára Saudková – wrapped up this week with Prague’s high court ruling in the photographer’s favour. 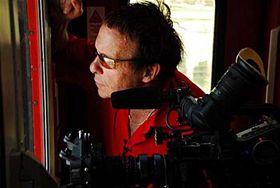 Jan Saudek The case scrutinised the validity of contracts Mr Saudek signed in 2005 allegedly relinquishing rights for the reproduction of his work to the company (for example of postcards and posters). The high court confirmed on Tuesday that the agreement signed was legally unclear and had never been legally binding.

Following the decision by the court, Radio Prague spoke to the photographer, asking him how the dispute had developed:

“In the past I used to have signings for people, spending up to two hours signing photographs and this contract is something I was given by those closest to me and probably signed and just didn’t read.. The contract outlined that I would receive only 15 percent of the net profit, which was nonsense, and amounted to nothing over the years.”

“Following expenses, there was nothing in it for me. The worst thing about all of this was the involvement of close family members. It was not about higher principles or anger, for example, over jilted love: it was only ever about money, which I find very sad.”

Jan Saudek began photographing in 1952 and achieved his greatest commercial success after the Velvet Revolution in Czechoslovakia in 1989. He is well-known for his many nudes and characteristic use of colour-tinting which adds a dreamlike quality to individual prints. In the ‘90s he was one of the artists featured in an iconic ad campaign for Absolut Vodka and he also shot what became a widely reproduced image for rock band Soul Asylum: the cover of Grave Dancers Union. Losing the rights to his work was not only a financial blow, the photographer says, but an artistic one. In short, the long legal battle and in-family differences took their toll:

“The case didn’t break me but it left me disgusted and I stopped believing [in photography]. It became something I had to do to survive. But I don’t think I really took a single decent picture in seven years. There was a psychological ‘block’. And I don’t think it’s something that I’ll be able to return to overnight, either.”

“I don’t think that I am anything ‘extra’, but if there is something special in my work... if there is (and that is for others to judge)... then this was the worst thing that could have happened. It stopped me from continuing. That said, it’s not like up to that point I hadn’t completed a lot of work, so maybe I wouldn’t have been able to do anything else that was any good anyway!” 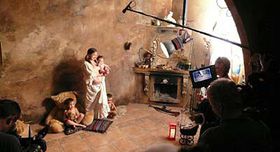 The photographer does say he is glad the legal matter has been wrapped up: he expressed relief to have the rights back, including to one work in particular:

“It is one of my best photographs, I think. Of a girl who was disfigured and lost the right part of her body in a fire when she was a baby. She is missing her arm, a breast, her leg, and looks at herself in the mirror, but I think the photograph is humane and is full of hope... It took a year before I could take the photograph, before I lost my fear and she lost her shyness.”

“She – and I – both liked the way it came out. I felt that I had done a picture that celebrated humanity and did not, god forbid, debase it. She was not a relative of mine, and when the negative of this particular photo went missing, for example, I felt like I had lost something very close to me. I think it is a notable shot.”

One of the two at saudek.com who the photographer was suing, his son Samuel, said he was glad that the court had at least acknowledged the existence of the contracts and that his father had signed them, even if, at the end of the day they were not binding. He confirmed for Czech daily Mladá fronta Dnes that he would stop publishing reproductions of his father’s work, something which – he told the daily – he had “planned to do anyways”.

There is one more interesting development regarding the case: Jan Saudek – no stranger as a guest on TV or as the subject of documentary film – has said he has completed a screenplay based on his latest experience, which he hopes will be produced. Although he declines to name the director reportedly on board, he did mention who he envisioned as ‘the artist’ in the story. The photographer once again:

“The whole thing that led up to this was a very carefully thought-out construct and I think that could make for an interesting story. Of course, a man being tricked and robbed by a woman is nothing new under the sun, but I think the story of the photographer – surrounded by women – could be attractive.”

“I have already completed the script and it is fiction of course with the names changed. I can’t tell you the name of the director but I would like for a good actor to get the main role. Oldřich Kaiser is someone the director would like. He is an actor I only ever met once but highly respect. But I have no idea whether he would be interested.”

Basing a screenplay on recent events, indeed a drawn-out legal case between Saudek, his former girlfriend and his son is somehow apt, almost typical of the photographer. As a well-known celebrity the photographer has discussed his successes and failures before – coming across as extravagant but also candid and fairly open, with his life at times becoming inseparable from his work. To turn a no doubt painful family dispute, in this case, into a film might be a way of slashing an emotional ‘Gordian knot’ no court ruling could. 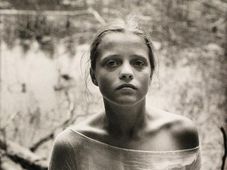 The Czech Photo Gallery at Prague’s Újezd this week launched the first in a series of “Best of” exhibitions beginning with the Nude.… 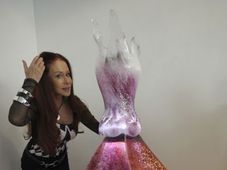 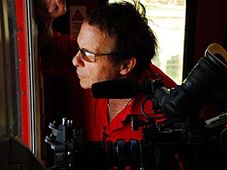 Jan Saudek is one of the Czech Republic’s best-known photographers, whose work is instantly recognizable for his trademark use of coloration…