In the Arts this week, we look at the Music on Film - Film on Music festival or MOFFOM as it's known, which is now in its second year. This event is an innovative celebration of the special relationship between music and film. 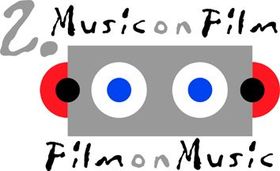 The festival will be presenting one hundred and twenty documentaries, dramatic features, experimental shorts and promotional videos whose common theme is music. Many of these films will be shown in the Czech Republic for the first time

The MOFFOM festival is the brainchild of John Caulkins, who feels there is now a niche in Prague for an event of this nature:

"I think there's an awakening going on everywhere about music films in general. We're in the process of defining what music films are. A lot of people think about collecting DVDs of their favourite bands - you know those performance films. That's less about what we focus on in our festival. We show a lot of portrait documentary-type films, including music videos."

Like last year's festival, which was attended by Oscar-winning documentary maker Alan Miller, this year's MOFFOM has attracted a number of distinguished guests such as Canadian director Larry Weinstein and British filmmaker Don Letts, who will be presenting the world premiere of his film on legendary jazz ensemble Sun Ra.

The festival's programme director Keith Jones says it is the unique nature of the MOFFOM event which has enabled it to attract such cinematic luminaries even though it has barely had time to establish itself on the international festival calendar:

"Largely this follows on from the success of last year's festival, where several very notable guests came, when the festival was really in its infancy. We had a very good response from them and have been able to carry that further. There's just an enormous amount of goodwill and support from the community of filmmakers who make films on musical themes. It just seems like an idea that is appealing for them as well as the public in Prague."

This year, MOFFOM is also showing a number of thematically linked films, which Keith Jones says are a new feature of the festival:

"I think this year the festival is much more diverse in terms of the types and genres of music that are featured. There's a much heavier presence from Africa and from the Islamic world, which I'm very happy about because those are very topical concerns at the moment. I also think of course that the special focus we have on cinema from Brazil will be a real highlight this year. We'll have several concerts in connection with that."

The main venues for the festival are Prague's venerable Svetozor and Lucerna cinemas in the centre of the city. In an increasingly multiplex-oriented cinema environment, John Caulkins says being able to show films in these prestigious theatres adds to the distinctive atmosphere that the MOFFOM festival strives to create:

"We like the Lucerna and Svetozor cinemas very much. We like having their festive atmosphere, especially within Lucerna, but also in Svetozor. I think Lucerna is a gem. It is a historic landmark - it's the oldest continuously operating cinema in Europe and it has an important place in Prague's cultural heritage."

MOFFOM will also screen films made by the Czech director Jan Rohac of songs performed at Prague's Semafor theatre in the early 1960s. It is a little known fact that these movies are thought to have been the first proper music videos ever made. John Caulkins says Rohac's work will be featured at this year's festival as an acknowledgement of the Czech filmmaker's groundbreaking role in helping establish the now ubiquitous music video as a film genre in its own right:

"We're having a tribute to Jan Rohac this year at our opening. Jan Rohac was a pioneering director in the Czech New Wave in the 1960s, who is really responsible for introducing promotional films for one song, which eventually became what we know today as music videos."

One of the highlights of this year's MOFFOM festival will be a live performance of Jiri Sust's score for Czech director Jiri Menzel's Oscar-winning film Closely Watched Trains, accompanied by a screening of the film. Keith Jones says this event and other similar presentations of silent movies are a unique festival attraction, which help turn the screening of a recorded film into a special live event.

"This combination of commissioning new music for silent films is something that we very much want to develop within the festival. We again expect a tremendous response to that. These events are really going to be somewhat improvised and will be a unique happening, which will be recorded for posterity, but as of yet will be heard for the first time in that setting. This whole thread of silent films with live accompaniment is something which really defines what film and music in conjunction with each other can really be about. So it has a place in the centre of the festival."

There will be a number of concerts held during the festival by local musicians such as Czech big band leader Ondrej Havelka. These have been organised as additional events organised to complement the movie screenings, which helps ensure that MOFFOM is more than just a film festival. There will also be an Open Screen Showcase, which gives an opportunity to anyone interested to present their creations to the festival audience.

John Caulkins says he plans to continue adding events like this to the Music on Film - Film on Music Festival. He hopes that this will help it become a firmly established fixture in the Czech cultural calendar:

"We're trying to grow it and to keep it central in Prague and eventually develop it with the support of the city into some free public events, not just during the festival, but throughout the year and also go to other cities and festivals in the Czech Republic."

The Music on Film - Film on Music festival runs from 20 - 24 October. Anyone wanting to find out more about the event can visit its website at www.moffom.org. 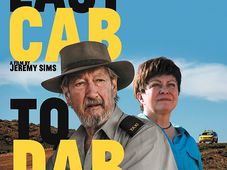 The Aussie Film Fest opened at Prague’s Lucerna theatre on Thursday, with more days and more films in its second edition. This year,… 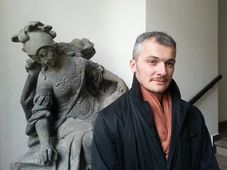 Karel Och, who hails from a small town in the Vysočina region, is artistic director of the Karlovy Vary International Film Festival.… 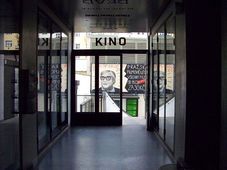 While the number of moviegoers has been dropping in recent years, some cinemas have enjoyed an increasing number of visitors. One of…