The Karlovy Vary International Film Festival kicked off in the west Bohemian spa town for the 45th time on July 1st. And while the event itself is reaching middle age it is still displaying its power to pull in a remarkably young audience as the turnout in the crowded Hotel Thermal, the heart of the festival where most of the films are shown, testifies. Sarah Borufka was among the guests and reports on the festival’s special role. 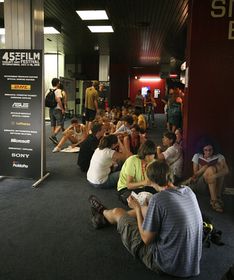 Photo: CTK While it might not be Europe’s best-known film showcase, it is the biggest in Central Europe and many international guests feel that the Karlovy Vary festival is a very special event. One of them is Marion Döring, who is the president of the festival’s East of the West competition section this year.

“For me, it’s one of the youngest and freshest festivals that I know. Especially because the audience is so young. You see so many young people queuing outside, waiting to be let in, five minutes before the film starts, because all the remaining empty seats are for them. And you can really feel that they enjoy it. It’s not like at other festivals, where you have people who go to festivals all the time and are a bit bored and have seen and know everything. Here, the audience is just so happy to discover, and it makes for a very special atmosphere.”

“I must say that after visiting film festivals around the world, I like this festival more and more, because it’s so friendly. Not only to filmmakers, but also to the public. And there are so many things that the film festival does for people who come here. It’s very open, very friendly, and very welcoming, so I really like it more and more.” 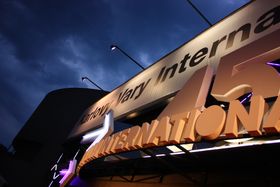 Photo: Štěpánka Budková Film critic David D’Arcy says that what he is looking at the festival for are mostly world premieres and hard-to-find Czech movies. He says the mix of films and competitions also helps set Karlovy Vary apart from other festivals.

“Now, Karlovy Vary came to this a bit later than Sundance or Toronto for example, but Karlovy Vary was ahead of the other European festivals, which were not entirely focused on documentaries.”

So what role do smaller film festivals like Karlovy Vary serve for European film makers and the film industry as such? I put this question to the East of the West section’s jury president Marion Döring, who is the director of the European Film Academy.

Marion Döring There are three competition sections at Karlovy Vary: The main competition which showcases feature films, the documentary competition, and the East of the West section, which focuses on films from Central and Eastern Europe. Many of the judges are filmmakers, like Bohdan Sláma, who is a juror on the main competition board. What is it like to be a judge of others’ films when you are used to having your own work judged?

How do the jury members go about assessing the quality of the films in their section? Are there many disagreements? Marion Döring again.

“We meet regularly between the screenings. We watch together and always, when we have seen two or three films, we meet and we evaluate the films we have seen. But so far, I have to say we have not had very heated debates, we are quite on the same page, and we have a good atmosphere. And I believe that we will come to good decisions.” 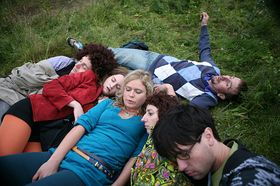 'Dreamers' Maybe the most unique section of the competition is East of the West, which offers to see films from such countries as Ajzerbajan and Albania. This year, it also features one Czech submission, says Lenka Tyrpáková, who works for the festival’s program department.

“This year we have selected from Czech films, the film Dreamers by Jitka Rudolfová. It’s a really fresh and nice realistic comedy about the generation of 30-year-old. She is a student of Věra Chytilová so you can feel some influence of Chytilová, and I think fresh is the best way to describe this film, so we are really happy to have it in this competition.”

Marion Döring says that she hopes that East of the West will help shape the future of filmmakers from Eastern and Central European countries in a positive way. 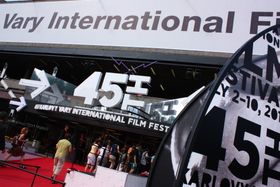 Photo: Štěpánka Budková “I hope that the situation in all these countries is good enough for directors, that they have the chance to make films. We are going through a deep crisis now, in Europe. And you can feel it in Western countries, there are less films produced, and I hope that is not the case for Eastern European countries. But maybe the advantage of Eastern European countries is that directors never had so much money available, and when you aren’t used to big budgets, you often are more inventive. And then maybe it’ll be the big change for these directors from these countries to show the directors from Western countries what they can achieve with little money.”

The winners of all three competition sections will be announced at the closing ceremony which takes place on July 10. And after, Karlovy Vary will go back to being just being a spa town until the festival kicks off again for the 46th time next year.