Works by the great Spanish surrealist painter Salvador Dali are currently on exhibit at the Brno City Museum at Špilberk Castle in Brno. The travelling exhibition, which has already been shown in a number of European cities, focusses not on the artists’ best-known work, but rather smaller pieces and commissions, utilising a variety of different formats and artistic techniques. 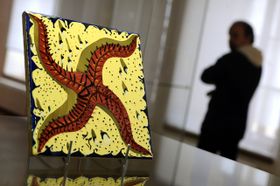 Photo: CTK The show’s curator Vassili Kessaouri: told me more about the exhibit.

“The idea for the show came from the owners of Amiencom, who decided to address private collectors. It came together last year and because the collections are private and collectors agree to lend pieces under the condition of anonymity, Amiencom acts as the main organiser, agreeing venues, putting together the overall structure, and creating publicity.”

Is it fair to say that the one of the aims, perhaps the main aim, is to show a lesser-known side of the famous Surrealist artist?

“That’s exactly right. For that reason we have decided to show his lithographs, medals, sculpture and ceramic pieces. Dali worked in numerous techniques, relying on various materials. That’s what we wanted to focus on.”

The lithographs, woodcuts, other items… do they retain or mirror sensibilities, ideas, motifs for which Salvador Dali was well-known in his broader work? 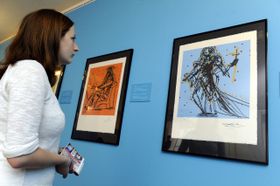 Photo: CTK “I would say they do. Visually, you have melting timepieces represented, which he was very famous for but also other images, other iconography. Ants, eggs… iconic visuals like this which he used repeatedly in his paintings… But overall, the show focuses most on three lithographic series: the first is based on the novel, ballet and play Tri-Corn, (or Three-Cornered Hat), the second on the 12 Apostles and the third is dedicated to the Italian artist Benvenuto Cellini. There are also bas-reliefs, medals, silver and golden objects.”

It’s my understanding that there are also prints inspired by Dante’s Divine Comedy?

“Yes, there are eight lithographs – more specifically xylographs or print from woodcuts, from an original series of 100 Dali was commissioned to make.”

Are these rare or unique prints or were they reproduced elsewhere?

“They are very rare because Dali destroyed the original lithographs from which they were printed, so yes, the show presents an opportunity for viewers to see something quite unique.”

Generally-speaking, are the items lent for the exhibition more ‘commercial’ in nature?

“I don’t think so. It is fairly-well known that Dali profited from commissions and that he produced work commercially: he made money from it but I don’t think he thought any less of this work compared to his broader body of work.”

Are there any particular pieces in this show that you would recommend? 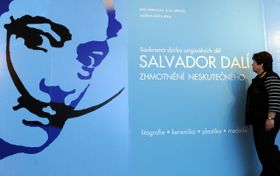 Photo: CTK “I personally very much like the ceramic tiles, the ceramic work. The important thing to stress about the show overall is that we have several complete series and I think that is one thing that makes the experience valuable. Viewers can see some series in their entirety and get a better idea about Dali’s work.”

How happy are you with the space where the show is being exhibited now and where does the exhibit go after April?

“Very happy. A lot of work went into it and the space is very suitable for the show, I think. After this, it travels to Vilnius.” 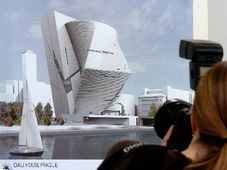 Ego and Icons behind the Palace of Art

Miro Smolak has raised the ire of many in the Czech art establishment with his grandiose idea to build a Palace of Art. The gallery… 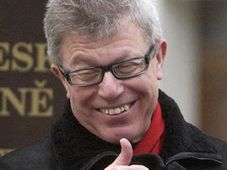 Prague looks set to follow Paris and Madrid with its very own museum devoted to the great surrealist artist, Salvador Dali. The architect chosen… 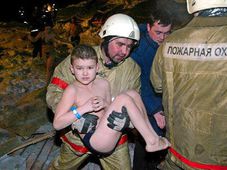 All today's papers report on the "victory" of Prime Minister and Social Democrat leader at his party's meeting at the weekend. "Spidla defeats…