The 15th International Organ Festival got underway at Prague’s St James’ Basilica on Thursday night with a recital by the American organist John Scott. In a series of eight concerts over a month and a half, the city’s music lovers will have the chance to hear some of the world’s best players perform on greatest organ in the Czech capital. 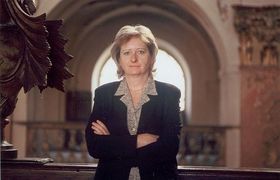 Irena Chřibková The International Organ Festival was started back in the mid 1990s by one of the Czech Republic’s leading players, Irena Chřibková, who herself is the organist at St James’ Basilica.

“The festival arose because I felt that the opportunity to hear foreign organists was really lacking in Prague. Under the previous regime, there were beautiful cycles at the Rudolfinum, but later those recitals kind of faded away. At that time, I myself started at St James’ Basilica, and I saw the possibility of renewing those cycles on our organ, because we have the biggest one in Prague. It allows performers to present a broad repertoire, from the Baroque to the contemporary.”

Prague’s International Organ Festival looks rather different today than it did when it was first held back in 1996, says Chřibková. 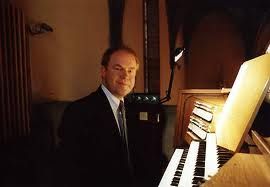 John Scott “Like everything else, the festival has developed. At the start we did everything somewhat on the fly, with a couple of volunteers. The selection of performers was, I don’t want to say random, but…everything was wrapped up in the euphoria after the revolution…Gradually, even foreign organists started to find out we had a renowned festival here, and they started contacting us themselves, offering to take part – so the choice of performers is greater. We also started using video projections, so the audience can see exactly how organists are playing on a big screen. For three years now we’ve had an accompanying exhibition. So I think the festival is developing successfully.”

Mrs Chřibková is herself performing in the fourth of the festival’s eight recitals. Among the other guests are organists from the USA, Japan, France and Slovakia. Unsurprisingly, many of the concerts feature the music of that giant of organ music Johann Sebastian Bach. But several also include the work of a great Czech 20th century organist, Jiří Ropek. Indeed, the 2010 festival is dedicated to the late composer and teacher.

“Dr Jiří Ropek was the organist at St James’s Basilica for 46 years. Under the previous regime, his work was rare and in its own way important. St James’s Basilica was the only church where concerts took place in those days. It was a kind of refuge for students and intellectuals, and when Dr Ropek played it was jammed to the rafters.” 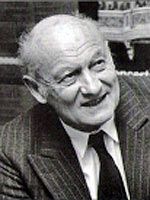 Jiří Ropek Though he lived behind the Iron Curtain for most of his life, Ropek achieved considerable success internationally.

“Most of his compositions were published in the UK or the US, because as a church organist he wasn’t in favour with the previous regime. Very quickly his compositions found there way into the repertoires of most organists, both at home and abroad. He taught at the Prague Conservatory for 20 years. He was highly educated, and some of those he taught went on to become jazz musicians…one of his students was the rock musician Michael Kocáb, who’s now a former minister. So his work encompassed a broad spectrum.”

Today Irena Chřibková herself is among the front ranking Czech organists. Her interest in the instrument dates back to her childhood.

“I’ve been playing the organ since I was 10. I’ve always been interested in music, since I was small. I started on the piano and then I saw an organ when I went with my parents to church every Sunday. I was taken with it – all the rods, the pedalboard. The sound is unusual, with various colours alternating. So I was really taken with it, and I wanted to get to know the instrument more closely.”

And what is it about organ music that gives it its magic, even in our increasingly secular age? 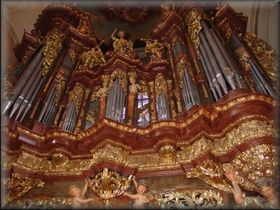 The organ in St James’ Basilica “No two organs in the world are the same. The organist never stops creating, it’s very creative work. Compared to other instruments it requires a lot of investment, because the player has to once again create a composition, to give it colour, according to the particular organ he’s playing on. And you can’t play every piece on every organ – each instrument is made for a different kind of repertoire. It comes with a certain tension. You think, what awaits me in this church? What kind of instrument will it be? As well as that, the instrument is linked to the acoustics. So before a concert I have to rehearse, to establish a kind of contact with the space, with the instrument.”

St James’ Basilica is home to the Czech Republic’s second biggest organ – the largest is in Olomouc. But the church’s organ – completed in 1705 – is the biggest, and the best, in the capital, says Chřibková. Apart from its rare instrument, what makes the venue so special?

“Its acoustics, without doubt. Recently all the concert halls and churches in Prague were measured in this regard, and the basilica was found to have the second best acoustics in the city. It was originally Gothic. The dome was burnt out and then it became Baroque. The ceiling was lowered but the length remained the same, so the reverberation is ideal. The interior is amazing, with Baroque paintings, statues and so on. The whole impression that it makes leaves listeners with a feeling of calm, and a kind of spiritual charge.” 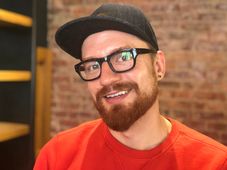 Jazz organist Ondřej Pivec on making it in New York: Don’t ask questions – just learn it all and be prepared

Ondřej Pivec plays organ with one of the biggest stars in world jazz, singer Gregory Porter. This makes Pivec, who is in his mid-30s,… 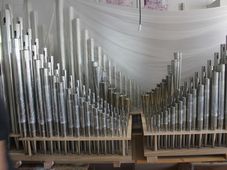