The Red Elvis in Havana

When I first moved to Prague nearly two decades ago, Czech friends were often amazed that I had never heard of the American singer, Dean Reed. Dubbed the “Red Elvis”, Reed was a household name throughout the Eastern Bloc. 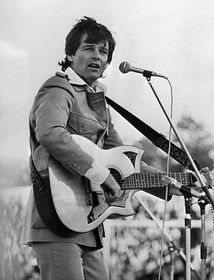 Dean Reed, photo: CTK After a couple of minor hits at home at the end of the ‘50s, the Denver-born singer spent many years in Latin America. There he embraced the revolutionary left and became hugely popular. In 1973 he moved to the German Democratic Republic. Thoroughly approved of by the communist regimes of the time, he enjoyed a big following in Czechoslovakia.

In 1978 Reed was one of the stars at the World Youth Festival in Havana, which was attended by some 16 thousand left-wing students from around the world, including a large contingent from Czechoslovakia. In an interview for Czechoslovak Radio, Reed poured praise on his Cuban hosts.

Dean Reed: “The Cuban people are a special people, as I think you’ll have noticed. They are so open, so loving, so giving, and I think that for every delegate who is here the first moment is shock. Every child, every old person, waves and screams and wants autographs. Not only is the sun warm here, the people are warm and loving, and I think that is one of the greatest differences. There’s such a feeling of openness here.”

Interviewer: “You are very popular with young people in Czechoslovakia and you have been several times to our country. What would you like to tell young Czechoslovakian people from Havana?”

“Last night I gave a concert in a theatre. Fidel Castro and Raul Castro came, and the people stood and applauded my songs, also when I came onto the stage. And that is also something I shall never forget, the love that the Cuban people last night when I sang gave to me.”

Interviewer: “What do you think about the fact that you are in a socialist country which is not far at all from the United States?”

Dean Reed: “It reminds me of my obligation as an American to fight harder than ever, so that not only Cuba is free, but that the other countries in Latin America shall also be able some day to have a World Youth Festival. My country is only 90 miles from here and they have tried to blockade this people, to stop progress. But they were not able to stop progress. You know, I’m very, very happy to be able to give my regards and my love to the Czechoslovak people and I hope to see you all in Prague again very soon. Ahoj!”

That was the “Red Elvis”, Dean Reed, in 1978. Eight years later, at the age of just 47, he drowned in a lake near East Berlin. Officially it was an accident, but after the fall of communism, a suicide note was found in the Stasi secret police files. To this day Dean Reed’s extraordinary life and unexplained death continue to arouse speculation and controversy. 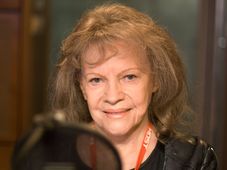 Eva Pilarová, one of the most acclaimed Czech singers of the second half of the twentieth century, has died at the age of 80. Famous…