September 1938: last-minute appeals for moderation as Hitler builds up forces on the Czech border

This week we continue our look into the dramatic events in Czechoslovakia just before World War Two. By the summer of 1938, Hitler’s Germany was demanding nothing less than the immediate annexation of the entire Sudetenland – all parts of Bohemia and Moravia with a German speaking majority. The Sudeten German Party had made big gains among German speakers in local elections earlier that year, and the Nazi rhetoric of their leaders was unambiguous. 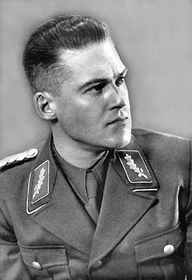 Wilhelm Sebekowsky The radio archives include a recording of one prominent Sudeten German politician, Wilhelm Sebekowsky, talking at a huge political rally in Dresden on 19th September 1938, a few days after his party had been banned in Czechoslovakia for leading an attempted coup in the Sudetenland:

“Victory will be ours,” he screamed, as the crowd responded with deafening and prolonged cheers, “because the vision of Adolf Hitler must triumph!”

Two weeks later, victory was indeed theirs, as Britain and France agreed in Munich to allow Hitler to march into the Sudetenland. Yet there were also Sudeten Germans who remained vehemently opposed to Hitler. The leader of the Sudeten German Social Democrats, Wenzel Jaksch, gave a moving talk on Radio Prague’s English shortwave broadcasts16th September 1938, just days before the fateful Munich conference.

Wenzel Jaksch “Czechs and Germans cannot annihilate each other. Each nationality has its failings and its virtues. Somehow or other a formula for an honest and peaceful cooperation of the nationalities has eventually to be found, not only in our country, but in the whole of Europe. Let us join all forces to avoid that our home borderland will become a cause of conflict or a battlefield. Let us create a higher standard of cooperation of the two nationalities who dwell upon a soil assigned to them by destiny and which are called to be the bridge linking the German and Slav peoples.”

Radio Prague also broadcast an address by the anti-Nazi Sudeten German priest, Emmanuel Joseph Reichenberger, appealing in vain to his fellow Sudeten Germans not to let themselves be seduced by the fanatical rhetoric of their leaders.

“We are standing on the edge of a precipice. An unbounded campaign of hate has claimed its first victims. I speak as a German who truly loves his people and home and wishes to protect them from destruction. We must not bear the burden of the hatred and curses of the rest of the world. I speak as a human being and a Christian, who sees God’s image in every human soul, who believes in worthier ways of settling human and inter-state differences than war and annihilation. Sudeten German men and women: think of your responsibility towards your family before God, your home and our people. Pray, work, sacrifice for peace. God wishes it.”

A sober message there from the Sudeten German priest and democrat, Emmanuel Joseph Reichenberger, who not long afterwards was forced into exile as Hitler took over the Sudetenland. 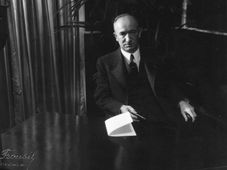 October 5 is the 80th anniversary of the abdication of Edvard Beneš as president of Czechoslovakia. The move came just days after the…