Lendl and Navrátilová: home and away

The year is 1984, and Ivan Lendl plays the winning point against John McEnroe in the final of the French Open in Paris, one of eight Grand Slam singles titles in his career. The 1970s and 80s were period of huge tennis success in Czechoslovakia, and the country put considerable resources into the sport. Unlike most of their compatriots, the country’s top tennis players were able to travel round the world, and when Czechoslovak Radio caught up with the 19-year-old Lendl just before Christmas 1979, it was during one of his rare trips back home: 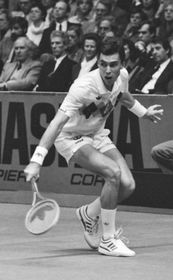 Ivan Lendl, photo: Anefo / Croes, R.C., CC BY-SA 3.0 “This year I’m spending Christmas with my family for the second year, but before that I was in Florida three years running.”

And the interviewer asks him whether being able to travel around the world makes him appreciate home more:

“I think so,” Lendl replies, “I always look forward to coming home.”

But it was only a few years later that Ivan Lendl ended up leaving his home for good. His relations with the Czechoslovak Sport Federation got increasingly tense, especially after he took part in a controversial tennis tournament in apartheid South Africa in 1983. In 1986 he moved permanently to the United States and since 1992 he has been an American citizen.

The other great Czech tennis name of that generation was, of course, Martina Navrátilová, who dominated the women’s game for much of the 1980s and 90s. She emigrated the United States in 1975 when she was still only 19, saying that she found the political atmosphere of the Czechoslovak Tennis Federation stifling. A few years later Navrátilová found herself playing against her former homeland here in Prague in 1986, helping the United States to Fed Cup victory over Czechoslovakia. After that it was to be almost exactly twenty years before she was to play a tournament here again, this time under very different circumstances, with the old Cold War tensions long forgotten:

“I expected exactly what I got which was lots of respect, lots of love and most of all I think people enjoyed the way I played the game.”

That was Martina Navrátilová after her opening game in the doubles of the Prague Open in 2006, in front of what she took pleasure in describing as a “home” crowd. She told Radio Prague about her feelings at that moment:

“Well, it was nerve-wracking coming out and trying to hold my own in front of a very happy and expectant crowd. When I walked out there people were cheering so much that I really had to concentrate, to do something to keep myself busy. You want to soak it all up but at the same time you have to win the match. It’s not like you just perform it. You need to win. So you have to concentrate on the task in hand, which is winning the match, so you break it down and say – what do I have to do? You can’t get too nostalgic, because then you probably wouldn’t be able to walk….

“For most of my live I’ve been playing in front of a crowd that’s pulling for the other guy, because I was number one. So I’ve never felt at home. Even playing in the States, they only started cheering me on really at the end of my career. So now I get the crowd on my side pretty much everywhere I go. It would have been nice to have been able to play here more, but that’s how it goes. I’m just thankful that I’m still here now and enjoying every minute of it.” 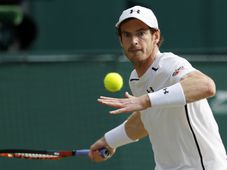 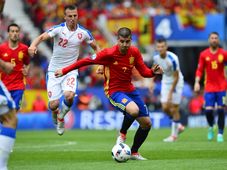