Because August 21 is the fortieth anniversary of the Soviet invasion of Czechoslovakia in 1968 and the radio played such a central role in the events of those dramatic days, in this edition of From the Archives we shall be hearing the memories of one of the key journalists involved in those dramatic events. Jiří Dienstbier was one of Czechoslovak Radio’s star reporters at the time. Later he was to become one of the best-known dissidents of the ‘70s and ‘80s, and after the Velvet Revolution he was the country’s first post-communist foreign minister. On the morning of August 21 1968, he was one of several radio journalists, playing a cat-and-mouse game with the Soviet occupiers, as the Soviets tried to silence the radio station. In some of the recordings that survive, you can hear quite distinctly tanks and machine-gun fire in the background. 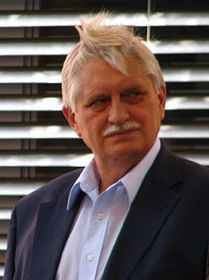 Jiří Dienstbier, photo: Kristýna Maková A few days ago, Jiří Dienstbier came back to the radio and recalled his experiences of that dramatic day, exactly forty years ago.

“I went to bed about midnight, but about five minutes later I was awakened by my colleagues from the radio that we had been occupied by the Russians. I said, ‘No, don’t joke,’ and they said, ‘Listen!’ So I listened and heard the noise of airplanes flying over Prague. So I dressed myself and ran to the radio, and in half an hour there were about 200 people there. So when a group of about ten people – State Security people – came to take over the radio, we shut them in one room [laughs], and we just tried to work as quickly as possible to get hold of the declaration of the politburo against the Soviet invasion. And finally, at about 1:30, Zdeněk Mlynář was able to phone us and dictate the declaration – the text condemning the invasion. And that was the beginning.” 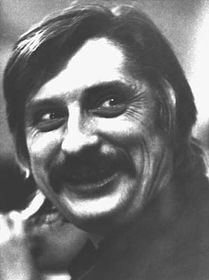 Jiří Dienstbier in 1970s, photo: CTK Zdeněk Mlynář, whom Jiří Dienstbier mentions there, was one of the central figures in the reforms of the Prague Spring and one of those closest to Alexander Dubček. The broadcast of the politburo’s declaration, condemning the invasion, was a crucial moment. It informed the people of Czechoslovakia and the world beyond, that the country’s leadership was as shocked and angry about events as the rest of the nation.